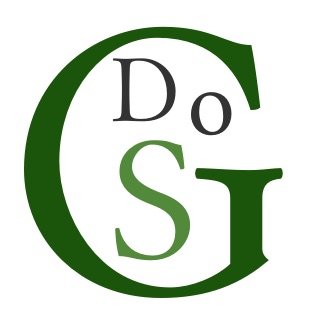 One of the great things about Twitter is how it brings people of similar interests together who might otherwise never have met. That’s how I became acquainted with Mr. Slang, aka Jonathon Green, an expert in and researcher of English slang, which, in my humble opinion, is one of the most fascinating aspects of language. As any North American who’s traveled to England, or vice versa, can attest, two people who speak the same language can easily not understand a word the other person has said for two reasons: accent and use of slang. With the imminent launch of Green’s Dictionary of Slang online database on October 12th, there is now a resource that can help bridge some of those gaps. Once only available in print, the dictionary/database now:

“…stands at 54,500 main headwords, comprising some 132,000 nested terms. The citation count is c. 650,000. The dictionary has increased in size since 21010 by some 59,000 new citations found in 15,500 entries. Geographical depth has been expanded by the reinstatement or addition of many more examples. In all, nearly 30% of the print book has been revised, augmented and generally improved.”

Which makes using slang that much easier and more fun. Mr. Slang’s extensive and ongoing research doesn’t just cover contemporary slang, but delves into the past, teasing out words or meanings that date as far back as the 19th century. The title of this post, for instance, which I cherry-picked from the 1860s-1890s on the Timelines of Slang, asks: “Are you a conman who has sex for money?” But in a much more interesting way.

As a writer of historical romance, I can attest that his dictionary has been invaluable to me. Historical writers often struggle with authenticity in terms of word use and language, and the fact that all that knowledge is now located in one place is such a boon (and a relief–less research for me). Add to that the fact that, in Mr. Slang’s words:

“The dictionary will remain ‘live’ and research will continue. […] It will offer a far wider range of citations. The search for ‘first recorded uses’ will continue. Around 10,000 such antedatings have emerged since 2010. The expansion of geographical spread will be pursued. Where once it was necessary for reasons of space  to offer only a single cite per decade, thus excluding much material, the aim is now to show as wide as possible number of examples from across the Anglophone world. The original printed entries will also be expanded, both historically — through the search for earlier ‘first uses’ but also through the addition of hitherto un-recorded words and phrases — and in the adding of new, contemporary material.”

I recently had the opportunity to help Mr. Slang by providing some resources for Canadian slang, so I can attest that his life’s work is alive and ongoing (and his dedication to it is something to behold). And if you don’t take my word for it, explore the Timelines for yourself. Here are some other accolades he’s received:

“[Green’s Dictionary of Slang] won America’s  Dartmouth Prize for the outstanding non-fiction work of 2011 and was cited, among many positive reviews, as ‘Quite simply the best historical dictionary of English slang there is, ever has been … or is ever likely to be’ (Julie Coleman, Journal of English Language and Linguistics).”

If you are a writer or publisher or just a linguistics nerd like me, this is a tremendous resource. To access the database as of October 12th, simply go to https://greensdictofslang.com/. There are two levels of access:

“Those who wish only for a headword, an etymology and a definition can access that information for free (the material being the equivalent of the author’s non-cited single-volume dictionaries). For those who wish to access the ever-expanding range of citations (which include a timeline of their development) and enjoy the full extent of search functions, we are charging an annual subscription. This is currently set at £49.00 ($60.00) for single users, £10.00 ($12.50) for students. Prices are available on enquiry for institutional subscriptions.”

So if knowing the 1873 slang term for “fool” is as vital to your work as it is to mine (ranker, chowdar, or moony), or you just want some colorful ammunition for your next family dinner, give Mr. Slang’s cheeky, wonderful work a gander.