Mysteries, both literary and philosophical, have been an obsession of mine for as long as I can remember. Encyclopedia Brown was my introduction to the genre, but Dame Agatha Christie is the writer who lit the mystery-loving fire in me, the gold standard against which all other mysteries are judged.

By age 12, I’d glommed the entire Christie section in my local library and any book they could have transferred from another branch. Hers was the first name I looked for whenever I happened into a second-hand bookstore. That doesn’t include the plays, films, and TV adaptations I’ve seen. I remember staying up to watch the Peter Ustinov TV movies on school nights in the basement while my unsuspecting parents slept upstairs. (Yes, he’s still my favorite Poirot. @ me if you want, I’m ready to bring it.) 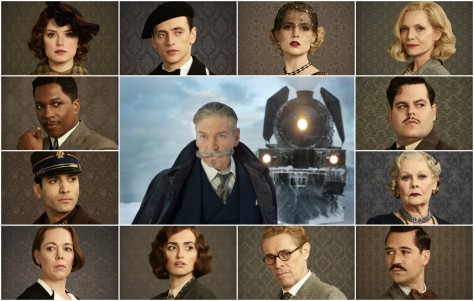 I wish I’d kept better track, because, 30 years later, I don’t really remember which of her less-popular titles I’ve read and which I just recognize after having seen them so often. But her big three, her most popular and well-known books, are a mystery writer’s bible: And Then There Were None, The Murder of Roger Ackroyd, and, of course, Murder on the Orient Express.

The solutions to those three books upended the mystery genre. (No spoilers here.) That is how good Dame Agatha is. If you have ever given any thought to one day writing a mystery, they are must-reads. And I’m hoping you’ll read one of them along with me.

October 29th – Discussion of Part 3: Hercule Poirot Sits Back and Thinks and the ending

I really hope all my fellow mystery buffs, especially those who haven’t ever read the book before, will join in the fun. The more, the merrier, after all. Next up will most likely be Caleb Carr’s The Alienist, but I’m open to suggestions.

So welcome, everyone! Tickets are free, so grab your seat in the Calais Coach. But watch your backs! You never know who might be lurking in the next compartment…