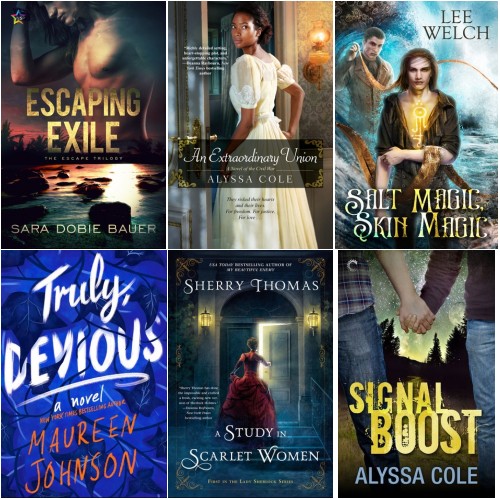 Happy New Year! 2018 was a big year for me on many fronts, which left very little time for reading. For that reason, I won’t be doing my normal Best Of list. But 2018 was a year where I discovered a lot of new (and sometimes new-to-me) authors. I also got back to reading a bit of YA thanks to some amazing recs. And I thought, what better way to round up the year than to share the wealth? So here are five authors who need to be on your TBR list! 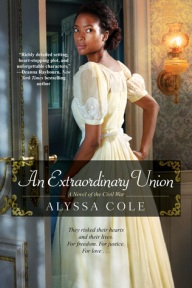 Shameful, is what it is, that I had never read Alyssa Cole before now. But once I did, I understood all of the so-well-deserved acclaim. From her sparkling contemporary romances to her riveting dystopian trilogy to her heart-rending and uplifting Loyal League historical series (set during the Civil War), Ms. Cole does it all and does it best. She switches flawlessly from M/F to LGBTQ romance. She’s the kind of writer where the pairing doesn’t matter, you’re really there for her. If you’re not reading her, then you are seriously missing out on a major talent. 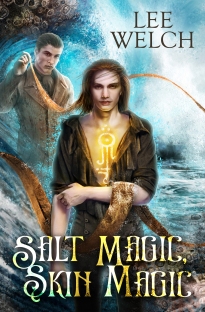 If I had made a Best Of list, Salt Magic Skin Magic would have definitely been on it. Rarely have I read a novel so assured, so impeccable, and so all-consuming. Combining folklore with historical romance is no mean feat, but Ms. Welch weaves both strands together flawlessly. She is already an auto-buy for me, and I cannot wait to see what she writes next. 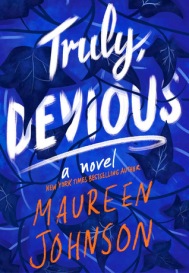 With thanks to the lovely Moog Florin for indulging our mutual love of boarding school mysteries. A tweet of hers led me to discover Truly Devious, the new series by Maureen Johnson. After devouring book 1 only to learn there was no book 2 yet, I switched to her Shades of London series and consumed the first two adventures whole. It’s rare at this time in my life for me to get so involved in a book that I throw it across the room when I’m angry about an ending, but that’s exactly how I felt by the end of The Madness Underneath (though I did not toss my Kobo–I do have some instinct for self-preservation). Needless to say, any author who can inspired that kind of obsession/emotion is one you might want to check out. 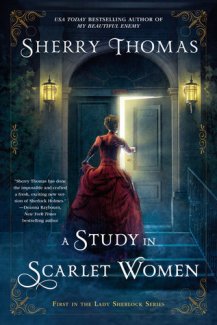 The idea of a Lady Sherlock series is delectable to me, and so as soon as I heard of A Study in Scarlet Women, I downloaded the preview. Charlotte Holmes is a character as tremendous as her namesake, and one you will want to follow on many, many adventures. That this Sherlock has a love interest out of her reach, providing tons of simmering tension and heartbreaking misunderstandings, only improves on the original. And wait till you meet Watson! I am parceling out the next two volumes because writing as vibrant and plots as twisty as Ms. Thomas’ must be savored. 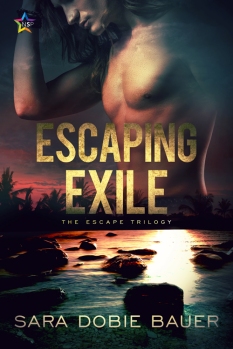 The Escape trilogy (of which only the first two books are out) is that rare series that reinvents something familiar and nostalgic. My romance journey started with Lestat and Louis frolicking in Anne Rice’s Savage Garden. And in Ms. Bauer’s writing, I’ve found that world again. She brings to life the alluring velvet dark of late-1800s New Orleans, with a vampire even more sexy and vicious in her Andrew, and a tenderheart more magnetic and adventurous in her Edmund. These two blaze a path from exile to amour that you are desperate to follow. I can’t wait to see how it all ends.