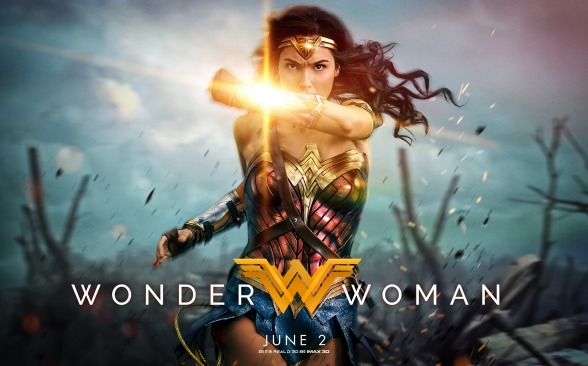 I’m interrupting my month-long Stoker & Bash promo extravaganza to speak about something very near and dear to my heart: gender equality in the film industry. Specifically, in the directing field.

Today, it was announced that for only the second time in its 70-year history, the Best Director prize at the Cannes Film Festival was awarded to a woman, Sofia Coppola, for a film I’m dying to see, The Beguiled. Lynn Ramsay, another fantastic female director, won Best Screenplay for You Were Never Really Here, which is now also on my must-see list. Later this week, the first female director to helm a studio superhero franchise film, and only the third female director *ever* to earn herself a budget of $100 million or more, Patty Jenkins, will release the long-awaited (at least by me) Wonder Woman.

The achievements of these women are inspiring; the statistics related to them sobering. As Nicole Kidman said in her speech at the Cannes awards ceremony, only 4% of major motion pictures are made by women. And festivals like Cannes can only react to the standards set by those who control the purse strings in the industry. Until the studios get the message that we want more diverse voices writing screenplays and directing films, nothing is going to change. The only way to get their attention is by putting our money and our voices where our mouths are as consumers. (That is my not-so-subtle plea for you to go see Wonder Woman this weekend, and to take the men in your life along with you. Studios want to see results in every demographic.)

Another staggering stat: women account for half of all graduates of film school, but only 5% end up getting jobs in the entertainment industry.

Recently, I was listening to a podcast that made this same argument, but then the commentators could not list any female directors other than Patty Jenkins and Ava DuVernay (who directed Selma, is the creator of the series Queen Sugar, and the first woman of color to helm a $100 million plus film). One of those commentators has been an entertainment reporter for over a decade, and the other is a professional screenwriter and former entertainment news magazine producer! And they couldn’t even name-check Kathryn Bigelow (The Hurt Locker, Zero Dark Thirty), the only woman to ever win a Best Director Oscar.

So I am here, fellow pop culture feminists, to empower you with information. There are some brilliant female directors working today, doing expert, entertaining work across all genres. Here are some of my personal favorites (FYI, I don’t do horror films, but there have been some interesting female directors doing very good work lately).

Please seek out and squee about their work! Give them your money! Send the studio bosses the message that there should be gender parity in Hollywood! Let them hear you roar!

Andrea Arnold has mostly transitioned into directing television for Transparent and I Love Dick, but before that made the breath-stealingly claustrophobic Red Road and the engrossing Fish Tank, featuring one of Michael Fassbender’s best-ever performances. She also made an interracial Wuthering Heights.

Amma Assante made one of my favorite comfort watches, Belle, as well as the inspirational A United Kingdom. I’m very excited for her latest, Where Hands Touch.

Not only is Mary Harron a badass director, she’s also Canadian! Her two classics are American Psycho (legit one of my favorite comedies of all time, which tells you everything about my sense of humor) and I Shot Andy Warhol. She now also directs mostly for television, where there are so many more opportunities for female directors, ahem, Hollywood studios.

Lone Sherfig’s An Education is a classic coming of age story. I haven’t loved everything she’s done, but I’ll always give her films a watch.

Mira Nair made the magnificent Monsoon Wedding and so many other brilliant, heartfelt films.

I can’t believe I’ve gone this long without mentioning Jane Campion, who did The Piano, Holy Smoke, Bright Star, and now writes and directs one of the best series on TV, Top of the Lake.

Also from Australia is Jocelyn Moorhouse, whose recent The Dressmaker was more than a little insane–in the best way–and who made Russell Crowe a star in Proof.

I don’t even know where to start with my love for Suzanne Bier, who has made heartbreaking films in both Scandinavia and the US. My faves are A Second Chance and In a Better World.

Sally Potter is responsible for Orlando and unleashing Tilda Swinton on the world, and for that I will forever be grateful.

Lisa Cholodenko has had success with The Kids are All Right and High Art, but my fave of hers is Laurel Canyon.

Gillian Armstrong introduced us to Cate Blanchett in Oscar and Lucinda, made the best version of Little Women, and started it all with My Brilliant Career.

Karyn Kusama made the awesome Girlfight and the terrifying The Invitation, both not to be missed.

This list just scratches the surface, but it’s still not enough. There aren’t enough women of color directing (as you can see from this list). And so few of these fabulous women are being invited to direct the kinds of blockbusters that white men get after having just one independent film that gets a wee bit of critical acclaim. Or, you know, their umpteenth chance to redeem themselves after a series of flops. Men are allowed to fail in ways women cannot, in every industry.

So take the time, maybe this weekend, maybe on your next holiday, to see a film directed or written by any of the crazy talented women above. If none of those intrigue, here’s an even more exhaustive list: https://gowatchit.com/lists/52-films-by-women-284752